The words of the Poetic Edda are sung in the original Old Norse by three female singers who represent the Norns, the three fates of Norse mythology. The instrumentation for the piece—folk harp, cello, and a wide range of percussion instruments—evokes the simplicity of this more primitive era and the expressiveness of the text.

Disir tells an epic tale of war, love, and redemption that is played out amid the struggle between the Gods and the mortals. The poems may not be known to many, but the themes of the story are universal. The imagery of the text is striking, and the characters are creative and resourceful. Yggdrasil, the giant Tree of Life, is the central figure of the story. A woman named Gullveigu battles for her life, dying and being reborn. At the end of the clash, the survivors see “chess pieces among the grass.”

The music of Disir is a collaboration between Eva Kendrick and Reed McLaren. Kendrick, who sings in the piece, composed all of the text settings. Ferenbaugh, who sings and plays the harp, composed the semi-improvised, ethereal harp interludes, which set the mood for the mystical world that the listeners enter.

The diverse musical styles of the creators are evident in the music of Disir. McLaren is a professional harpist and singer who specializes in Early Music. She performs in a contemporary folk band, Anne’s Cordial, and with a Bulgarian women’s chorus, Divi Zheni. Kendrick has composed for such ensembles as Dinosaur Annex, the New Gallery Concert Series, Rialto Arts, and the Community Music Center of Boston Orchestra. She collaborates frequently with contemporary poets, such as the Pulitzer Prize-nominated poet Kathleen Spivack and the Palestinian-American poet Naomi Shihab Nye, producing large-scale choral works and song cycles. She has received grants from the American Composers Forum and ASCAP, and her theatrical works have been funded and fully produced in California and throughout New England. 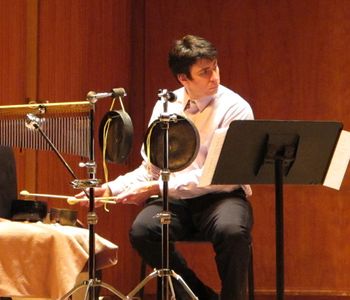 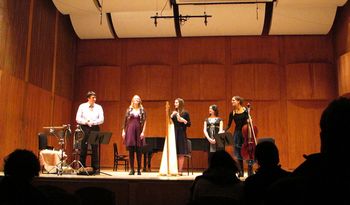 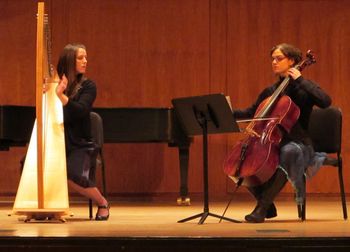